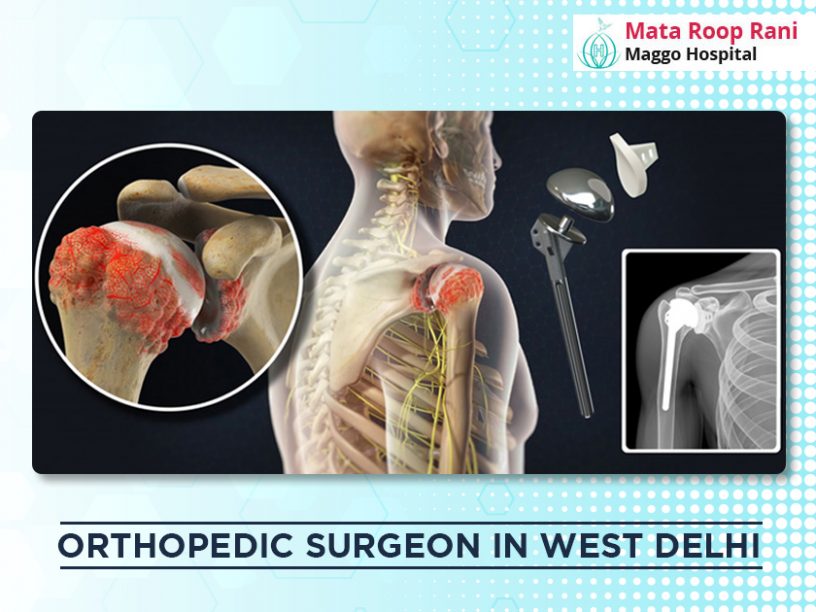 Bones are the framework of the body. Women usually have smaller and thinner bones than men. Almost 90% of bone mass is acquired during the adolescent age of 19. however, once women reach their menopause, they undergo rapid loss of bone mass, gradually leading to osteoporosis. This is why most doctors recommend women to start taking care of their bones from an early age. While both males and females are susceptible to muscle, joint and bone problems, women are more likely to suffer from this health disorder.

Common orthopaedic problems which can be treated from the orthopedic surgeon in West Delhi :-

1. ACL Injury The Anterior Cruciate Ligament is situated in the knee, connecting the top portion of the lower leg bone or tibia to the bottom portion of the thigh bone or femur. The tears in ACL happen most often due to heavy sports activities like soccer, basketball and football. Recent studies have shown that the incidence of an ACL tear is most recurrent among female athletes due to the differences in the anatomy of the bone, muscular strength, neuromuscular control, resulting to a difference in the lower leg and pelvic alignment. 2. Osteoporosis Osteoporosis is a condition which causes the bones to become brittle and weak. As women get older, the estrogen levels decrease in the body. The drop becomes significant, especially during menopause. This has adverse side effects, like the decrease in bone density. The importance of estrogen in the body is pivotal since it helps in protecting the bones and keeping them strong and healthy. As a result, when the estrogen levels drop, the bones become weaker and brittle, thus becoming more susceptible to fractures. A practical inevitability of ageing, women should, therefore, start taking care of their bone density from an early age. 3. Rheumatoid arthritis The incidence of this orthopedic disorder is more common among females than males. In this condition, the joints become inflamed leading to stiffness and unbearable pain. Women get more pain from their arthritis in the hands and knees. This is because the tendons of women undergo more movement to accommodate childbirth. Besides, being more elastic. it is prone to easy injuries. Also, the wider hips of women create an alignment which leaves it vulnerable to fractures. 4. Neuroma A woman’s feet being anatomically different than men, they are usually narrower with increasing pronation. The benign tumour of the nerves, known as the neuroma, occur between the third and the fourth toe. The thickening of the nerve tissue begins when it passes under the ligament which was connecting the bones of the toes. This is caused due to excessive pressure or irritation in that area, suppose when the shoes become too tight leading to a pressure build-up. 5. Trigger finger This occurs when the flexor tendon of the finger starts thickening due to excess irritation, leading to the formation of nodules. It becomes difficult for you to bend and straighten the fingers. Incidence of this condition is very common among patients who have arthritis or those who apply extreme pressure on their wrists. 6. Frozen shoulder This happens when the tissues of the shoulder bones turn thick, inflamed and stiff. It gets worse over time. The surrounding tissues supporting the shoulder joints known as the shoulder capsule becomes thick and inflamed. Scar tissues begin to form and the liquid content, known as the synovial fluid (meant to keep the joints lubricated) becomes less. There are three stages of a frozen shoulder- • At the freezing stage, the pain starts slowly. Subsequently it becomes worse and can last anywhere between 6 to 9 months. • During frozen stage, arms become stiff, shoulder movement becomes difficult, thus lasting until 4-12 months. • Next, in the Thawing stage, the motion becomes normal within 6 months to 2 years. To get the best treatment, you can visit the private hospital in West Delhi known as “Maggo Hospital”, a multispecialty healthcare institution which provides long term health benefits.